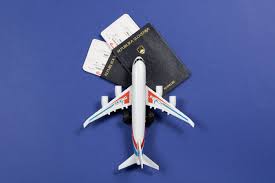 This is the final stage of the process where the crew will receive the flight itinerary and reservation codes in the “Immigration Letter” and two different modalities at the time of arriving at the port of embarkation: Welcome Letter or Port Agent “

– INMIGRATION LETTER: This letter will have the information of the electronic Ticket of Flights with reservation codes. You will also have important Urgency contact information (Princess 24) during flights in case of delays or any eventuality while in transit. It is always recommended to confirm the flight codes with the airline from 48 to 72 hours before going to the airport, since there are cases that the airlines make sudden changes of the flights.

– Recome letter: Crews will receive a Recome Letter in the case of having to board in ports in large cities with heavy traffic of Crewmen.

In this case, having high numbers of crew embarking on different ships on the same day, the port authorities put a reference hotel giving instructions to the crew, through a “welcome letter”, to go on their own from the airport to the hotel, using free means of transportation provided by the assigned hotel.

Examples of these cases would be shipments in cities such as Miami, Los Angeles, New York, etc.

Once they are located in the hotel, they will spend one night and the next day they will have to appear in the Hotel Lobby at the time indicated in the Recome letter to take the transport provided by the Company to go to the port. Important note, in case of not showing up to take such transport to the ship, the transportation expenses to the ship, will be borne by the crew member.

– Port Agent: this is the case where the port of embarkation is a small city or port of little traffic of ships, where a port agent will be assigned who will be in charge of finding the crew at the airport, making the necessary reservations and taking the crew to the Hotel as well as take them from the hotel to the Ship.

Note. The crew members will be sent, along with the Flight Itinerary, the contact numbers of said Port Agent. To be able to contact them in case of arriving at the Airport and not present. This can happen since many times the agent is responsible for looking for many crew members at the same airport and there may be delays.

Thanks for sharing part of your lives!!!

My Success Story, by Florencia Nanfara